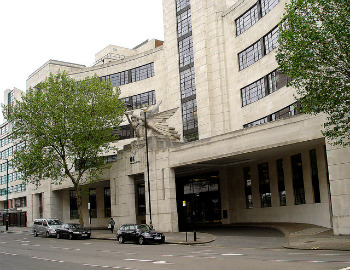 The cuts to the civil legal aid budget introduced by the UK Government in April 2013 have been heavily criticised in a new report by the UK's National Audit Office (NAO) for not providing the taxpayer with good value for money.

In April 2013, the government revealed that they needed to cut around £300 million from the UK’s annual legal aid budget in an effort to reduce the cost to the taxpayer, which was estimated at around £2 million every year. At the time, a number of strategies were announced to reduce these costs, but these methods have constantly come under criticism in the 18 months since. Indeed, in September 2013, Chris Grayling announced a U-turn on legal aid competition plans and back in October of this year, the High Court ruled that the Ministry of Justice’s consultation process on legal aid cuts was so unfair it amounted to illegality.

Savings are expected to be achieved, but at what cost?

In their report, the NAO revealed that the Ministry of Justice (MoJ) would eventually achieve their target of saving £300 million a year from the budget but the NAO questioned whether the MoJ had considered the implications of making such drastic savings in a short space of time.

The report then showed that, since April 2013, most civil cases such as debt, housing, employment, social welfare and family cases had not qualified for legal aid. As a result, the number of family court cases where neither party was represented by a lawyer reached a total of 79,747 in 2014, a 30% increase compared to last year when legal aid was still available. More worryingly, the number of cases involving child custody with no lawyer present rose by 89% in England and Wales in the same time period, from 9,158 in 2012/2013 to 17,268 in 2013/2014.

Despite the UK Government saying that legal aid cuts would help move people away from costly court cases and towards mediators, the NAO report recorded a 38% drop in the number of mediation cases in 2013/2014 when compared to 2012/2013.

The NAO was quick to point out that while the government will indeed save costs, it is less clear whether the MoJ has managed to achieve its other objectives of reducing unnecessary litigation and offering legal aid to those who need it most. Furthermore, the report questioned whether the cuts really offer value for money. Indeed, the target amount of £300 million to be saved from the government budget may be achieved, but the cost to the taxpayer of individuals representing themselves in court is expected to exceed an extra £3.4 million a year. The watchdog said that this increase in cost is due to the fact that people without a lawyer lack the skills and knowledge required to efficiently represent themselves in court, making for longer, less efficient proceedings.

The MoJ has been criticised by many shadow MPs and other legal organisations for attacking those people in the community who are most in need of legal aid. Margaret Hodge from the Public Accounts Committee has accused the MoJ of being out of touch with reality and labelled the number of child court cases where neither parent has legal representation as concerning, while Labour’s Sadiq Khan has also criticised the government, suggesting that they have completely failed when it comes to legal aid. However, the MoJ has defended the cuts, saying that the UK’s justice system was too expensive and that significant savings needed to be made given the economic situation.

If you need legal advice or assistance regarding a personal injury, please get in touch with us today on 0800 156 0770, e-mail us at enquiries@fonsecalaw.co.uk or come and visit us in our offices based in Ebbw Vale.