Whiplash fraud across the UK is falling 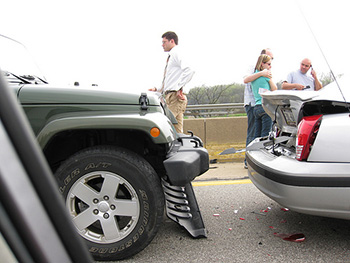 Over the last few years, the Ministry of Justice (MoJ) has focused on tackling the issue of fraudulent whiplash claims, one of the most common forms of personal injury fraud in the UK. In April 2015, the MoJ launched a new whiplash portal called MedCo, which sources medical experts to create reports for all whiplash claims to ensure claimants can’t fabricate or exaggerate injures, or pay off doctors to win compensation.

When MedCo launched, many insurers were happy with the new measures, but many doctors, solicitors and medical agencies voiced their concerns. However, the insurance giant Aviva has revealed that whiplash fraud across the UK is declining, despite the insurer saying it is investigating more than 17,000 suspicious whiplash claims.

Aviva also revealed that the number of ‘staged’ accidents, when fraudsters use two already damaged cars to simulate an accident, fell by 40% compared to the figure recorded in 2014. Aviva continued to say that motor fraud in the UK has an estimated value of around £58 million, with one out of every nine whiplash claims linked in some way to fraud. The insurance giant has revealed that it is currently investigating 4,000 whiplash claims linked to known fraud rings and gangs.

Despite a 2% reduction in ‘crash for cash’ scams, Aviva has said that it is still very concerned that fraudsters are putting their greed for compensation ahead of the safety of innocent motorists. According to Aviva, ‘crash for cash’ scams account for nearly half of all organised motor fraud detected by the insurer, and this is pushing up motor premiums, putting an unnecessary drain on public resources, and leaving innocent motorists at risk of serious injury or worse.

The figures published by Aviva would indicate that the new measures introduced by the MoJ are slowly bringing down whiplash fraud, and the MoJ has reiterated once again that genuine victims of road traffic accidents will not be affected by these measures and will be able to claim compensation to help with their recovery and recuperation.

Here at Fonseca Law, we support the government’s measures to reduce the amount of whiplash fraud in the UK. However, we don’t want genuine victims to be put off claiming the compensation they are entitled to. If you have been involved in a road traffic accident, we can help you claim the compensation you deserve to help you get back on your feet. To find out more, please contact us today on 0800 156 0770, email enquiries@fonsecalaw.co.uk or pop into our offices which are based in Ebbw Vale, South Wales.