Making a claim if Japanese knotweed has spread to your land 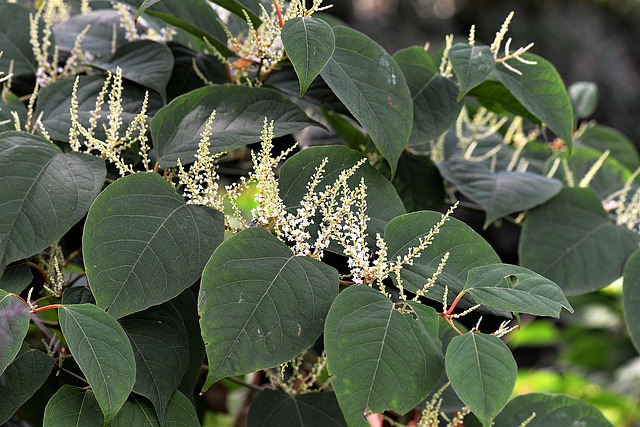 Japanese knotweed is one of the most invasive plants in the United Kingdom with the ability to spread rapidly and grow as much as 10cm every day. It’s a plant that is incredibly difficult to eradicate from land and property as its immense strength means it can penetrate concrete, foundations and solid walls, all while causing a significant amount of damage in the process. This makes Japanese knotweed a potential nightmare for developers, buyers, sellers and owners. So much so, it has even led to claims of compensation.

According to the UK Government it would cost approximately £2-2.5 billion to completely eradicate Japanese knotweed across the country. The price of a property can be considerably devalued if there is a Japanese knotweed problem as the cost and process to put things right is likely to be significant, so this is making the plant a growing nuisance within the property sector.

Furthermore, although no legal obligation to remove or treat Japanese Knotweed currently exists, if developers, homeowners and occupiers fail to control the spread of Japanese knotweed to other neighbouring land, they could be faced with legal cases and there may be a payout of compensation to nearby owners of the neighbouring land and properties. A YouGov survey carried out last year revealed that 70% of homebuyers say they would sue the previous owners if they discovered an infestation of Japanese knotweed.

Successful claims against the spread of Japanese knotweed

The law surrounding liability for Japanese knotweed is developing within the UK, but claims related to the spread of the plant to nearby homes due to it not being correctly controlled have already been successful.

In two such claims that were placed at the same time in South Wales just a few years ago, two claimants owned properties alongside an active railway line, access path and embankment. Japanese knotweed was present within this neighbouring land and had spread to the claimant’s homes, thus interfering with the value and marketability of their properties in a negative way.

The claimant’s brought a legal case against Network Rail stating they felt the company was liable to compensate them for this nuisance. Despite the fact the court found no physical damage had been caused to their properties, both claims were successful on the grounds that the presence of Japanese knotweed on Network Rail’s land unlawfully interfered with the claimant’s right to undisturbed use and enjoyment of their own land. Each claimant was awarded with over £4,000 each for treatment of the knotweed, as well as around £10,000 each for the diminution in value of their properties. Network Rail even went on to lose an appeal against the decision.

The presence of Japanese knotweed has become an increasing concern for landowners, sellers and buyers alike. Developers should check for any signs at both the site and adjoining land, while those with problems on their own land must become aware of their obligations to treat the knotweed and prevent its spread. For anyone concerned, specialist knotweed surveys can be carried out.

If you have a property that has been impacted by the spread of Japanese knotweed from neighbouring land, or if you’d like to learn more about our conveyancing and range of other legal services, don’t hesitate to contact our expert team of solicitors here at Fonseca Law. Contact us today by calling 01495 303124, e-mail enquiries@fonsecalaw.co.uk or complete our simple online contact form.